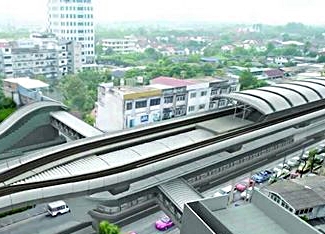 More than 200 people took part in a marketing seminar yesterday to discuss the commercial development of a 218-rai empty land plot in Bang Sue district.

Participants at the event represented the property sector, banking, hotels, investor groups and trade associations, from both inside and outside Thailand.

The land plot is owned by the State Railway of Thailand (SRT). The state enterprise hoped the seminar would provide investor opinions on the development of the land into a major commercial center.

The development project will divide the land plot into three zones, and needs different amounts of investment budget depending on business characters in each zone. Zone A needs THB 10 billion for investment, Zone B THB 24 billion and Zone C THB 34 billion.

SRT Chairman, Omsin Chiwaphruek, who presided over the seminar, said the project called for a Public Private Partnership (PPP) in 2016 due to the size of the investment. During 2017 the SRT will propose the PPP plan to the cabinet for approval.

Once the development of Bang Sue Central Station is completed in 2019, it will be easily connected to all platforms of rail transport, specifically the Airport Rail Link, long distance ordinary train, high speed train and suburban trains. It will also become a transit hub for passengers of BTS, MRT, expressways and highway network, making it a modern transportation hub in Thailand and the Southeast Asian region.

The SRT has invited private investors to take part in the development plan, with its commitment that Bang Sue Central Station will be in use in 2019 whereas the business hub will follow four years later.