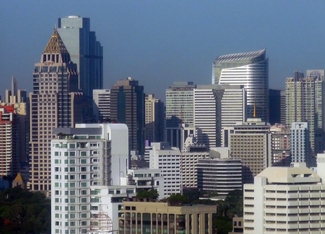 Limited options saw companies signing pre-leasing agreements in unfinished buildings for the first time since 1992 during the final three months of 2015.

In its latest Bangkok Office Market report, real estate firm CBRE reported that the total office supply in the Thai capital increased by 0.6 percent quarter-on-quarter- or by 50,000 sqm to 8.45 million sqm – during Q4 2015, with two new offices completed including the Stock Exchange of Thailand’s new HQ and Major Tower in Thong Lor area.

According to the agency about 318,000 sqm of new office space is under construction and will be completed between 2016 and 2018. FYI Centre, The Metropolis and Gaysorn Office Tower are offices for rent that are being developed in the CBD.

Almost 50 percent (about 100,000 sqm) of space due for completion during 2016 is already committed through pre-leasing and owner occupied buildings. Last year was the first year CBRE saw tenants preleasing space in buildings before completion since 1992 – recognising there are limited options because of the high occupancy rates and limited amount of new space under construction.

Looking forward to the rest of 2016, CBRE said that rents are expected to continue to rise as the vacancy rate is expected to remain lower than 10 percent with limited new supply.

Demand is expected to be on the same level or a little higher compared with 2015. 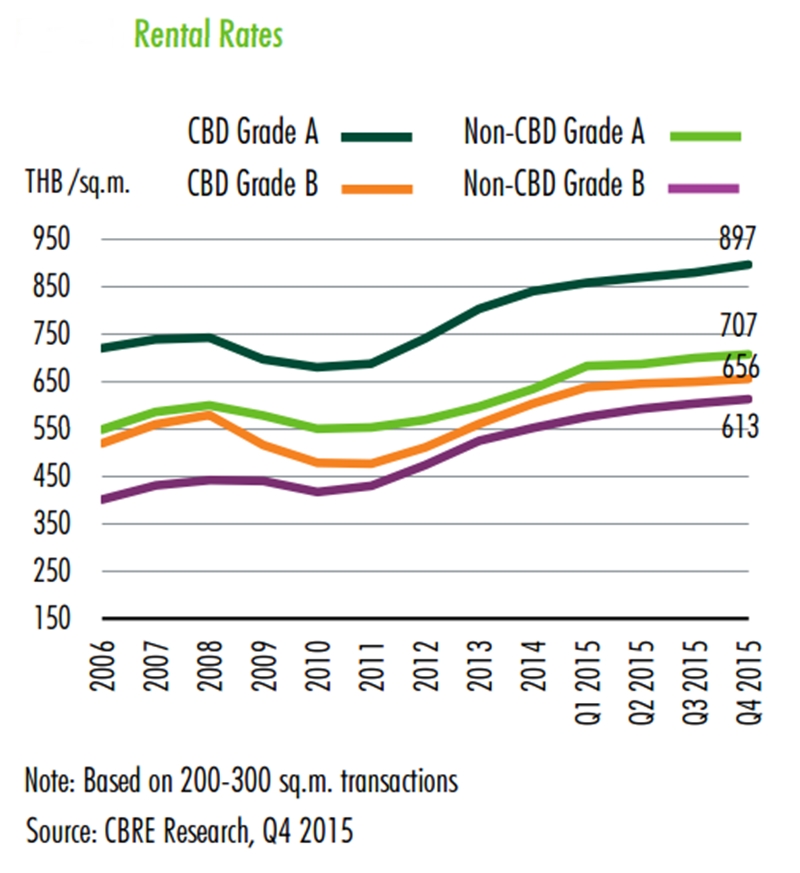