Anchor Land Holdings, Inc., has established itself as one of the best Filipino developers, but after winning two honours at The Dot Property Southeast Asia’s Best of the Best Awards 2017, the developer can be considered among the region’s elite.

Anchor Land was named best Emerging Market Developer while its Anchor Land Corporate Center took home the award for top Sustainable Development. The awards were the latest additions to the firm’s growing list of accolades.

The Philippines is among the strongest emerging markets in the world today. With a growing economy, stability and demand from both domestic and overseas buyers, the country’s real estate market continues to perform at a high level. Anchor Land has been leading this charge by developing iconic condominiums that are among the most in-demand in the country.

“When you look at the emerging markets in Southeast Asia (the Philippines, Vietnam, Thailand and Indonesia), there are a number of developers working on outstanding projects,” Neve details. “But Anchor Land hasn’t settled for being good or even great. They are responsible for iconic developments, such as Admiral Baysuites, that are recognisable throughout Southeast Asia for being the absolute best.”

He continues, “This commitment to creating developments that not only offer residents the best, but stand out in the process is the key reason Anchor Land has been selected as a best Emerging Market Developer at The Dot Property Southeast Asia’s Best of the Best Awards 2017.”

At the ceremony, Ventura was presented with the award by Dot Property and had this to say on winning, “In the local market, credibility is key. It gives people a reason to believe in us and what we are doing. That is just one reason winning this award is important. Another reason it is important is that winning motivates us to do better. Everyone at Anchor Land understands that we must keep improving to ensure we are meeting the needs of our clients.”

A second victory for Anchor Land

“In addition to being LEED Pre-Certified GOLD, Anchor Land Corporate Center has utilized a great deal of green architecture and design elements that are rare for a commercial development in the Philippines,” Neve explains. “It is refreshing to see an office development that goes above and beyond when it comes to sustainability while also providing tenants with a cutting edge workplace.”

Anchor Land Corporate Center is equipped with a number of facilities designed with the modern employee in mind. These include a spa, gym, garden lounge and open deck in addition to the smartly designed offices.

“People will spend as much as 80 percent of their time at the workplace so we really wanted to develop a space that considered their lifestyle and well-being,” Ventura says. “It was also important to incorporate sustainability into Anchor Land Corporate Center. It means a great deal to our stakeholders and the project as a whole to win best Sustainable Commercial Development.”

Dot Property would like to thank The Okura Prestige Hotel for hosting the awards ceremony with Anchor Land. 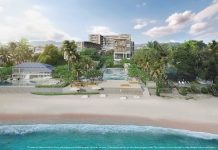 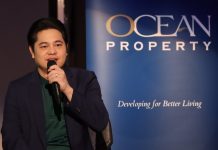 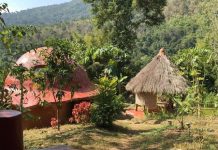 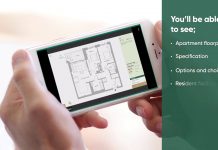